Snippets From The News 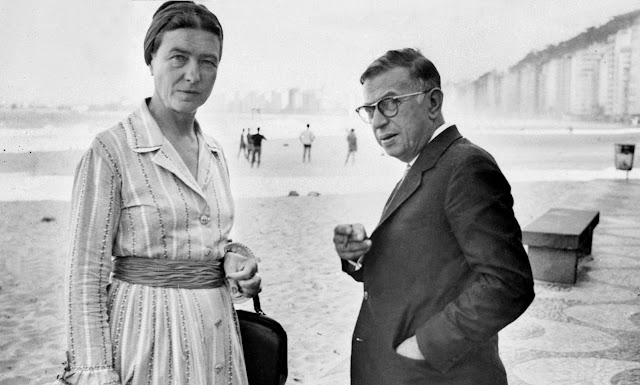 De Beauvoir and Sartre. Two towers of intellect who were together for 51 years. I'd be happy to take that for my innings. Before you jump on this with the statement that they both played around throughout the time together so their union couldn't have meant much, consider that Beauvoir declared her relationship with Sartre "the one undoubted success in my life".

Now I'm not queuing up for (or  have the time to think about it!) the amorous explorations of those two but I thought you might be interested in this article on polyamory in the Guardian this morning.

Uluru: to climb or not to climb?

Di took this photo when we hiked around "The Rock" in 2014.  We had been aware before arriving in the Red Centre that the traditional owners of the land on which Uluru stands do not want visitors to climb up this sacred monolith and had been persuaded to respect their wishes. We had a great walk around the rock, and there are plenty of photo opportunities from just near the road in many places during our visit.
Unfortunately it looks like the Chief Minister of the Northern Territory has no respect for the laws and traditions of the Anangu people. Apparently just yesterday he called for them to drop their opposition to people climbing. If you are planning to visit Uluru, perhaps you could read this article from the ABC before going. I think it gives a balanced perspective on different points of view. And this one in the Guardian reveals a number of other points that are worth reflecting upon.

Is America on its way to being great again ...

... and can heroism and hucksterism co-exist on the same political platform? This article from the CBC website suggests that it can. If you can't be bothered exploring that link, an extract from one of Trump's speeches overnight has found its way across cyberspace and onto the screens of billions ...

One pundit has suggested a new logo for the Trump campaign ...

The lead up to the the U.S. presidential race might have become a reality TV show but it has presented lots of people with opportunities to have fun with moving pictures. Here's one I particularly liked ...


If you haven't come across any of the Downfall parodies on YouTube before and need a good laugh from time to time you're bound to find something there that will tickle your fancy. And if you've never seen the movie Downfall, about the last days of Hitler, it is a tour de force. If you don't want to take my word for it read this review. Speaking of German-made war films, one of the most powerful I've ever seen is Das Boot, made in 1981. Here's a trailer ...

There is a new German film showing at our local art house theatre called "Labyrinth of Lies" which, according to the review site Rotten Tomatoes, "artfully blends fact with well-intentioned fiction to offer a thought-provoking look at how the lessons of history can be easily lost or forgotten". I say "new" German film, but it was actually released in 2014 and is only just making its way to us down at the end of the Earth in mid 2016, and not, of course, in mainstream cinemas. It looks terrific and I want to make sure I don't miss it while it's on ... 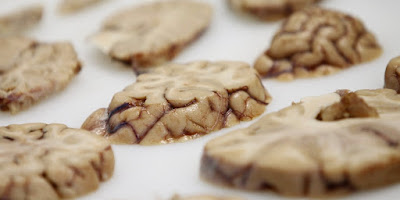 Tasty looking? No, this isn't a shot from an exclusive Tokyo sushi bar. I got it from an article in the Guardian on the apparent reduction of a drop in dementia in the U.K. Now I am not suggesting packing up and moving to Britain to avoid getting Alzheimers or any of the myriad other forms of dementia but the article suggests that dementia can be "prevented". My reading of said article is leads me to think that I'd like to have a shot at some Nerve Growth Factor gene therapy ASAP. Or is it already too late? Or, even if it isn't, will this type of therapy only be available to the super rich?

Would you buy a used car from this man? How about a budget, yet to be issued but with promised delivery date a couple months out from a double dissolution election (the first in 40 years)? We already live in a country where 76 big companies reduced their tax bills so they only paid an average of 16 cents in the dollar and dudded the rest of the country out of $5.6 billion in doing so.

How do they get away with it? Good question. It's been going on for year, and it's not just the Coalition who lets their avarice go unchecked: the Labor Party has been just as dilatory in not doing their duty by the people of Australia in cutting down on major tax avoidance. But at least Labor has called for a Royal Commission into the banking sector in this country, where the big four banks seem to be able to get away with what they please, and our Prime Minister and Treasurer go cap in hand to them to see what sort of investigation would be acceptable.

And now it's time for breakfast. Scrambled eggs perhaps ...
Posted by Doug at 7:37 am No comments: