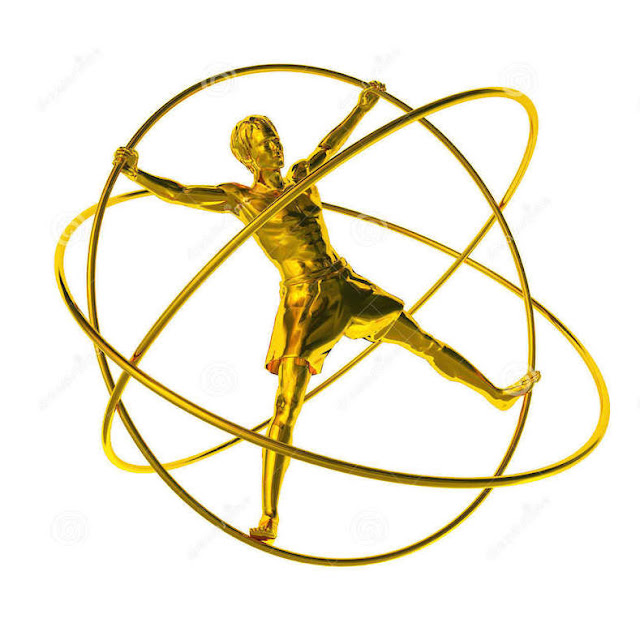 Between leaving home in a maxi-taxi (to accommodate us and our bikes) and being dropped off at our hotel by a London cab took 31 hours. Di managed to get some sleep on all three of the flights in between - but not on the express train from Heathrow into Paddington Station. (I was disappointed, as she has been know to sleep standing up on a bus in San Francisco and zooming up a river on a jet boat in New Zealand.) As per usual, I was only able to drift off for the odd catnap now and again.

It is now almost 24 hours since our touchdown in this sceptred isle. (I wonder, could Shakespeare be a major factor in the high level of nationalism amongst the British?) Despite our long journey I feel surprisingly fresh, having had a wonderful night's sleep. Maybe arriving at six in the morning and needing to stay away for at least seven hours before being able to check into one's hotel is useful in helping adjust one's body clock!

Perambulations in The Regent's Park

Our current hotel is quite close to The Regent's Park, so we'd targeted it as a place to stretch our legs after the long journey. On the way we walked past the Sherlock Holmes museum ... 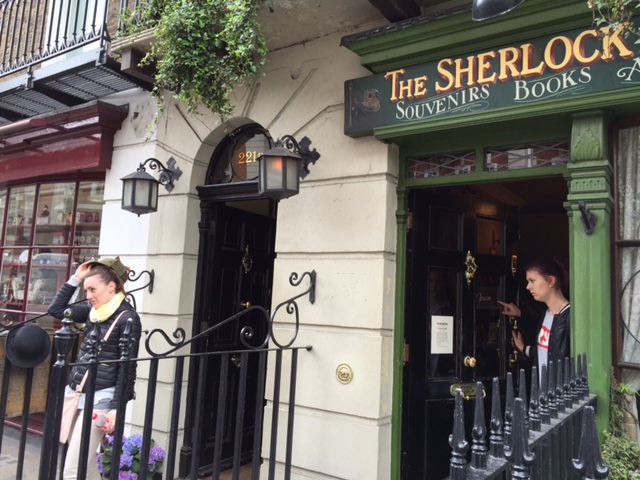 When I saw the museum on a map I thought it might be a fun place to visit, but it turned out to be just an opportunity for people to pose in Sherlock gear and  and buy memorabilia, with a steady stream of customers walking in one door and out the next. We didn't go in.

The park itself was an absolute joy, and struck me as emblematically British while we strolled through. Just after we entered the park we walked past this man and his egret ... 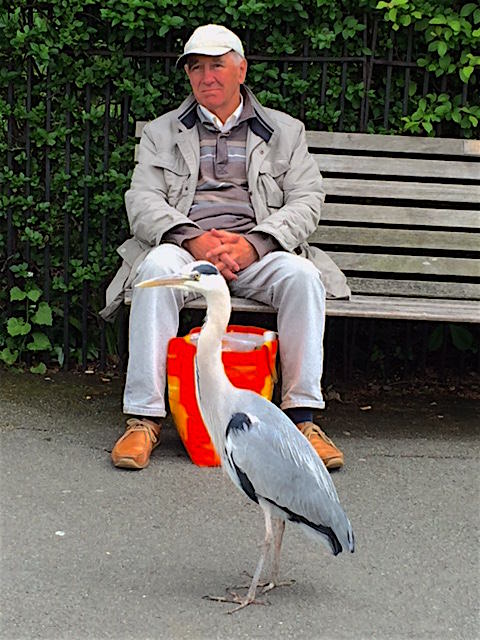 It might seem odd to describe them as "this man and his egret heron", but they were still in exactly the same pose when we again passed them half an hour later!

Having walked around the lake ... 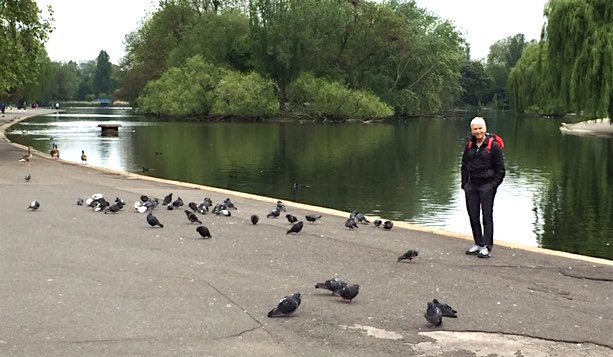 ... it was interesting to discover that it is 4 feet lower than its original level. The depth was reduced after 200 people plunged into the lake when the ice they were walking on collapsed and forty of them drowned. 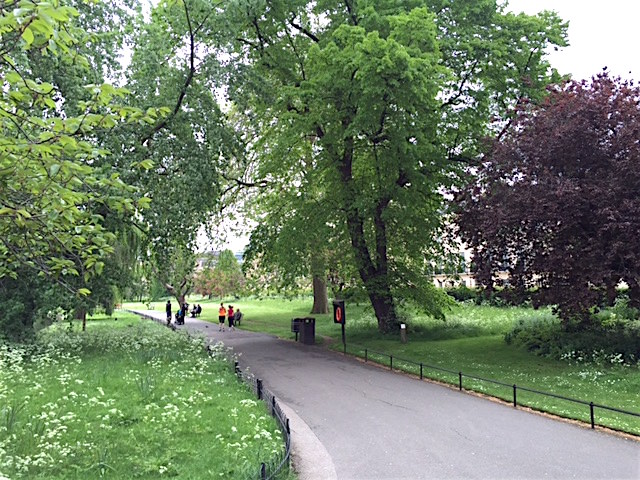 One that we most admired was a quintessential English Oak, but unfortunately we didn't get a photo to share with you.

In this garden that is so very much British, it was interesting to see hints of the outer world, including a corner which help a thicket of bamboo, and a number of Canada Geese gliding around on the lake ... 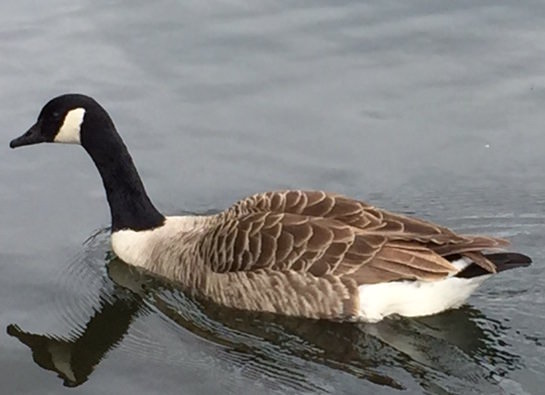 Let the World Slip: We Shall Ne'er Be Younger

Our focus for today will be to spend an afternoon with Kate et al at the Globe Theatre for a performance of The Taming of the Shrew. Maybe beforehand we'll wander over to the London Zoo, which we missed yesterday because we wanted to get in that afternoon on nap.

In a former life, one of my main motivators was to try to help students understand the way language binds us together, across lands and time. One of the things that I most liked about that task was when students "got it" with Shakespeare, discovering that his plays were meant for the masses and contain lots of bawdy exchanges like this one from the Taming of the Shrew ...

"Petruchio: Come, come, you wasp; i' faith, you are too angry.
Katherine: If I be waspish, best beware my sting.
Petruchio: My remedy is then, to pluck it out.
Katherine: Ay, if the fool cold find where it lies.
Petruchio: Who knows not where a wasp does wear his sting? In his tail.
Katherine: In his tongue.
Petruchio: Whose tongue?
Katherine: Yours, if you talk of tails, and so farewell.
Petruchio: What, with my tongue in your tail? Nay, come again, Good Kate; I am a gentleman."

"GD" stands for "Grand Départ",  a phrase used to describe the beginning of the Tour de France, and  which has been borrowed by Sam and Dylan of Ride and Seek for our departure from London on Sunday on OUR BIG BIKE RIDE. Tomorrow we will move from our current, more modest accommodations to The Caesar Hotel, where we dropped our bikes yesterday on our way across town in the taxi. (Had we not been going on to further adventures after our big bike ride we'd have gone straight there, but felt we should try to save a bit of money at the start of this long continental sojourn.)  We are so looking forward to being reunited with our bikes and putting them together, then meeting our fellow expeditioners for a little ride in and around Hyde Park before we leave on Sunday for Dover and beyond. So, this will be my last "Random Rambling" for at least a month as we ride away across western Europe. It'll all be Hail Caesar between now and then, as we (roughly) trace the emperor's route home. I'd just like to leave you with a snippet from Calvin and Hobbes, which I reckon captures quite well my childish delight in walking a different path ...

Quia nuce vale!
Posted by Doug at 4:01 pm No comments: