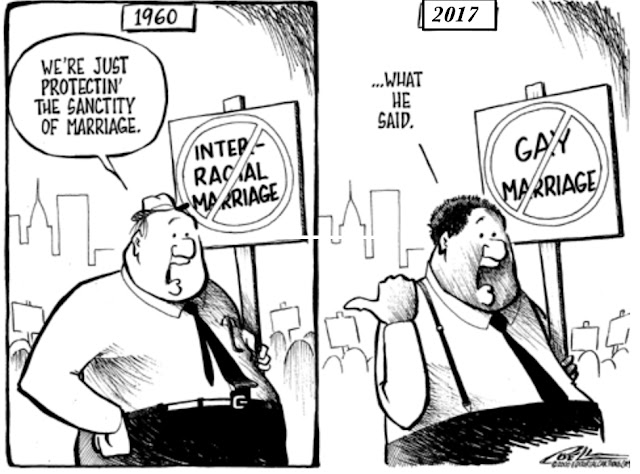 So, the reigning political alliance in Australia (that's the so-called "Liberal Party" which is not so liberal; and the also so-called "National Party"  which has no even representation across the nation) who like to call themselves the "coalition" but are really just another minority government:


has decided to go with a highly unreliable, voluntary postal vote which will still cost taxpayers an estimated $122 million - which will of course be non-binding. This, despite  being confronted with the fact that poll after poll after poll shows that the majority of Australians and, indeed, the majority of Federal Parliamentarians are in favour of changing the law to allow same-sex marriage. Now we have a situation where massive amounts of money will be spent on advertising, much of it by conservative Christian right lobbyists who will use scare tactics to try to convince people that this change would be the first step onto a slippery slope of moral turpitude. 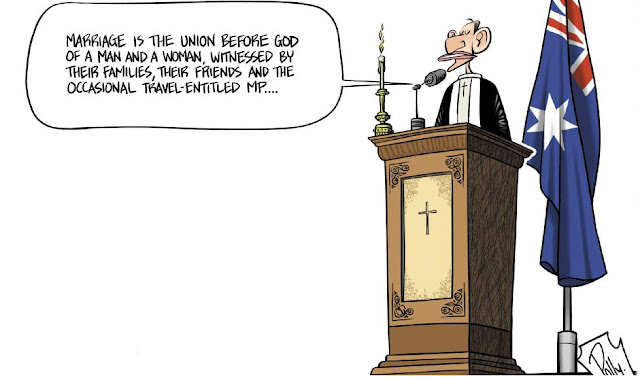 There is a wonderful article by Amanda Vanstone  in The Age which sums up the situation very nicely and far better than I ever could. If you have a look at it make sure you watch the little video. Well worthwhile I reckon.
Posted by Doug at 1:47 pm No comments: