Falling in love with Mantua 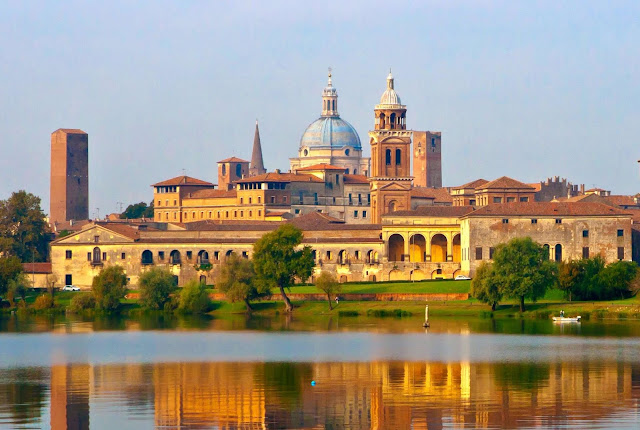 After touching down in Milan yesterday Dianne and I drove about two hours east to our first real destination of this trip. We'd decided on Mantua when we saw it is about halfway to Asolo in the foothills of the Dolomites, where we're going to spend a week in rented accommodation. We recognised the name of the town because we are both Shakespeare fans. Mantua is where Romeo is banished to after killing Tybalt. We did a bit of research and discovered that the town is quite historical and not too big, so it seemed perfect for us. Also, in 2016 Mantua was named the Italian Capital of Culture so it has a pretty good pedigree.

We've spent a few hours today walking around the largely cobbled streets close to our hotel in the old part of town. We've admired the architecture and appreciated the moderate pace of life that seems to exist here. One of our stops was Piazza Sordello, which was built in 1330. There were masses of high school students wandering around with their teachers, which suggested to us that perhaps they might have come from a school somewhere in the outer suburbs for a day of history and culture.

As we wandered, Dianne and I took a bunch of fairly random photos to illustrate our walk. There was no real rhyme or reason about them: we just wanted to impart a feel for the place. Here they are in no particular order ... 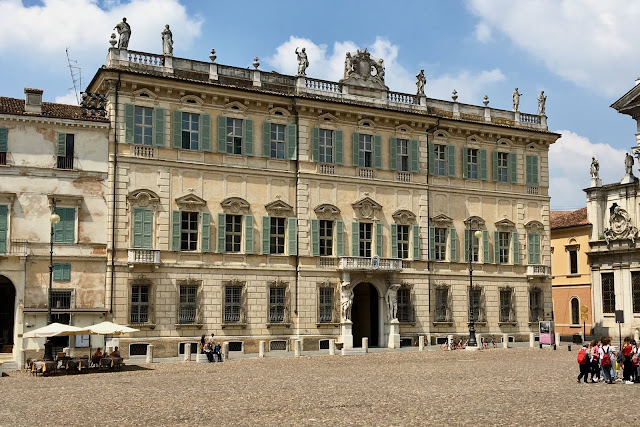 ... we wandered around the immediate area, including a stroll around the Ducal Palace, which is a very extensive and impressive group of interconnected buildings. Quite something, really. The facade of the palace is on Piazza Sordello ... 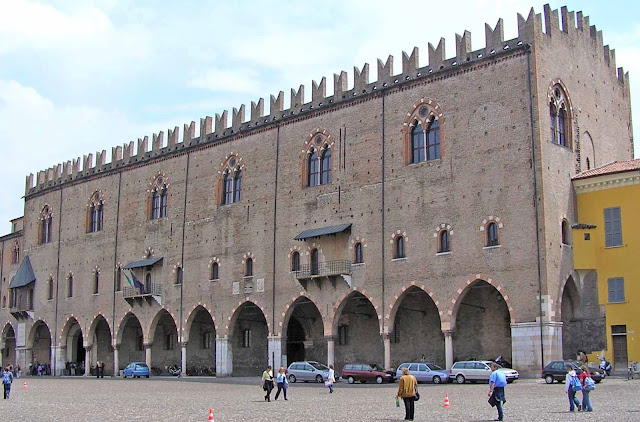 ... and the back side faces out onto the lake and is seen in the foreground of the image that opens this post. Quite the place, actually. As you'd expect, there is a moat. You certainly wouldn't want to fall in, Although we saw fish swimming in it - probably carp - by the look of the water you'd come out with serious health issues. It looked pretty darn murky, with lots of the sort of nutrients you wouldn't want to ingest.
Posted by Doug at 12:57 am No comments: